Our Board of Directors comprises a team of highly respected individuals who come from a variety of industries. Well reputed within the realms of the Indian business scenario, our Directors bring with them a vast experience and knowledge of brand, culture, governance, technology, and global know-how. 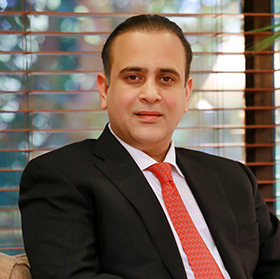 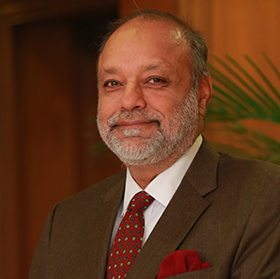 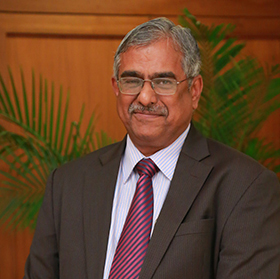 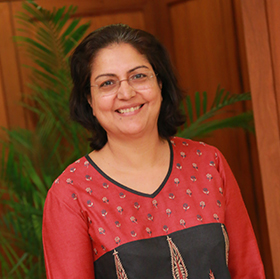 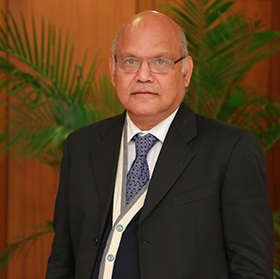 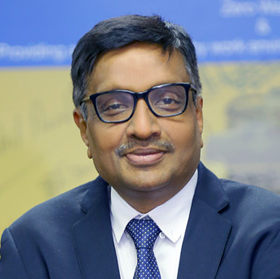 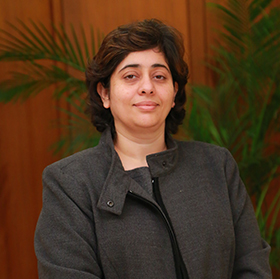 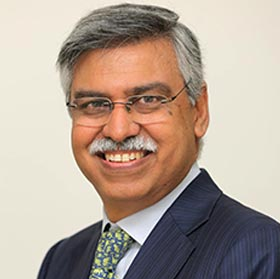 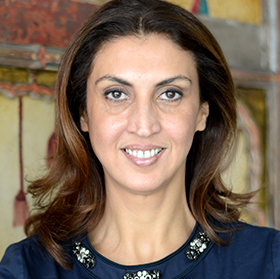 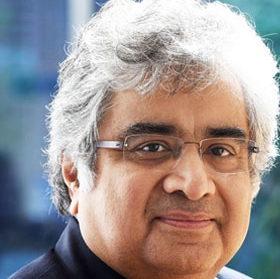 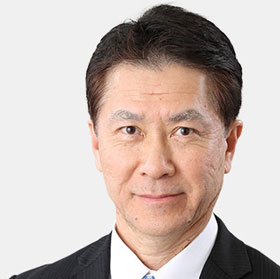 Mr. Nikhil Nanda is a third generation entrepreneur and the driving force behind the Group’s diversified business portfolio. He has played a vital role in monitoring the company’s performance and steering the operations to greater heights. His overall contribution spanning more than 15 years has been immeasurable, particularly in the areas of operations, finance and senior management functions such as strategic planning and investment decisions. Mr. Nanda is an alumnus of Wharton Business School, Philadelphia, with majors in Management and Marketing.

Mr. Shailendra Agrawal is a mechanical engineer with 35 years of diverse experience in Tata Motors, Hero Motors and Escorts Limited. A strong advocate of challenging established benchmarks and driving transformation, he has led business transformation at Escorts Limited through Business Process Re-engineering. As President of Hero Motors, he was instrumental in successful turnaround of Auto component business. He played a key role in creating product and technology roadmap through introduction of world class “product development process” and forging technology partnerships with leading technology providers. He is currently leading 2020 Business transformation project titled LEAP and initiative for achieving TPM special

Mr. Shailendra Agrawal is a mechanical engineer with 35 years of diverse experience in Tata Motors, Hero Motors and Escorts Limited. A strong advocate of challenging established benchmarks and driving transformation, he has led business transformation at Escorts Limited through Business Process Re-engineering. As President of Hero Motors, he was instrumental in successful turnaround of Auto component business. He played a key role in creating product and technology roadmap through introduction of world class “product development process” and forging technology partnerships with leading technology providers. He is currently leading 2020 Business transformation project titled LEAP and initiative for achieving TPM special

Mr. P.H. Ravikumar is commerce graduate and CIIB, AIB from London with a Senior Diploma in French. He is also a Fellow (Honorary) of The Chartered Institute of Securities and Investments (CISI) U.K., and the Chairperson of CISI's India Advisory Council. He has been the founder Managing Director and Chief Executive Officer of National Commodity and Derivatives Exchange Limited (NCDEX) and Invent Assets Securitisation and Reconstruction P Ltd (Invent), an RBI regulated Asset Reconstruction Company. Prior to these assignments, he has worked in senior level positions in ICICI Bank, the leading private sector bank in India and Bank of India, a premier public sector bank in India. He has been on the governing body of Entrepreneurship Development Institute of India, Ahmedabad and Federal Bank Limited. He is currently the non-executive chairperson of SKS Microfinance Ltd. and (among other companies) on the Boards of L&T Investment Management Co. Ltd., Aditya Birla Capital Advisors Ltd., Bharat Forge Limited etc.

An Alumnus of FMS, Delhi she started her career with the Tata Administrative Services and was part of the founding team of Titan Watches. Mrs. Rishi has been an Executive Director – Brand and Human Capital of Max India Limited. She is a seasoned marketing professional with extensive experience in Indian and international markets, coupled with an abiding passion for people. She had been earlier associated as the Director, Marketing and Customer Strategy at the Future Group, India's largest retail group. Prior to this she spent 17 years at PepsiCo in marketing and innovation roles in India, US and UK. She was one of the founding team employees of PepsiCo when they set up in India. She was also associated with Pratham, a NGO that works to provide education to underprivileged children in India.

He has during his illustrious carrier spanning 38 years of professional experience served as Secretary in the Dept. of Fertilisers, National Disaster Management Authority, Ministry of Minority Affairs and Department of Heavy Industry. He has been the Financial Advisor to the Ministries of Commerce, Textiles, Coal, Mines, Youth Affairs and Sports in the Government of India. He has worked as Finance and Planning Secretary in Himachal Pradesh Government among many other Departments. He has served as Board member in over 25 PSUs.

Dr. Behuria has worked in the Asian Development Bank for over 5 years. He has also been Advisor to the Finance Minister of Mauritius for 2 years under a Commonwealth program.

Ms. Nitasha Nanda, Director, is a multi-faceted professional, entrepreneur and business leader with a wide spread of experience across global and Indian companies.

After Graduation with Honours in Commerce from University of Delhi, she has worked with Price Waterhouse, ANZ Grindlays Bank, Hewlett Packard, Escorts Finance Limited and other reputed organizations in the area of Business Strategies, Financial Management, Operational Research and Managerial Techniques, among others.

Ms. Nanda is responsible for managing the company's subsidiary companies which include Escorts Securities Limited and Escorts Asset Management Limited.

She is also on the Board of Directors of a number of companies, including Seitz Technologies, RNIS, Raksha TPA, Rimari India and Sun & Moon Travels.

Mr. Sunil Kant Munjal is one of the founder promoters of the Hero Group, India’s premier automotive manufacturing group that has evolved from being the world’s largest bicycle-maker to the largest two-wheeler maker.

Mr. Munjal is actively involved as a business promoter, an institution builder, a social entrepreneur, an angel investor and as a thought leader.

He is the Chairman of Hero Enterprise, with interests in insurance distribution, steel-making, real estate and corporate training. He has made strategic investments in several areas ranging from e-commerce to hospitality. He also supports start-ups on digital learning, community transportation, healthcare, women empowerment and education.

He chairs the board that runs the Doon School and sits on the boards of the IIM Ahmedabad (IIMA), ISB, and SRCC. He has co-founded BML Munjal University (BMU) and is President of the Dayanand Medical College and Hospital, Ludhiana. He has also served as president of the CII and AIMA; been a member of Prime Minister’s Council on Trade & Industry and was on government taskforces that prepared the ground for India’s banking and insurance reforms.

Tanya serves as the Executive Director and Chief Brand Officer of Godrej Industries Ltd., and is responsible for the Godrej Group's brand and communications function, including guiding the Godrej Masterbrand.

Tanya is also a Director on the Board of Godrej Industries Limited, Godrej Consumer Products Limited and Godrej Agrovet Limited.

She also serves on the boards of Britannia, AIESEC and India@75.

Tanya was a member on the Board of the Bharatiya Mahila Bank between November 2013 and May 2015. She was a trustee of Brown University between 2012 and 2018 and continues to be member of the Brown India Advisory Council and on the Watson Institute Board of Overseers.

Mr. Harish N. Salve is a senior counsel as well as an arbitrator in India and Barrister (UK) who specializes in constitutional, commercial and taxation law. He was the youngest ever to be appointed as solicitor.

Mr. Salve primarily practices at the Supreme Court of India but also appears in various High Courts and in international arbitration, sometimes as counsel and other times as an adjudicator.

Mr. Salve served as the Solicitor General of India from 1999 to 2002. He was appointed as Amicus Curiae by the Supreme Court in some cases, mostly relating to preservation of the environment.

Mr. Salve holds a Honorary Doctorate and is a Chartered Accountant & a law graduate.

Mr. Salve was enrolled as a barrister, Called to the bar at the Grays Inn in July 2013 and now a Permanent tenant at Blackstone Chambers. London.

Mr. Salve has been appointed as Queen’s Counsel (QC) for the courts of England and Wales.

Mr. Salve has appeared as counsel, as well as appointed as an arbitrator in a number of international arbitrations.

Mr. Salve is 64 years old and was ranked 43rd in India’s 50 Most powerful people of 2017 list by India Today Magazine.

Mr. Watanabe has graduated in 1984 from the Department of Economics, Kyoto University. He did his MBA from Kobe University in 1995.

Yuji Tomiyama is Senior Managing Executive Officer of Kubota Corporation. Mr. Tomiyama has been associated with Kubota Corporation since April 1980 and has served extensively in its various divisions such as Farm and Utility Machinery, tractors, Vehicle base technology engineering.

Mr. Tomiyama is graduate from the Department of Engineering, Tokyo Institute of Technology. (1980 Batch).